Bentroof yurts – other than the GER with straight roof rafters – are made by steambending the wood. An art, which is rarely used in modern woodcraft, and extremely fascinating.

The fibers of the wood are being boiled in steam, until the connection between the fibers becomes lose, then the wood gets bent into shape real quickly, and it will keep the new shape after cooling down. This now sounds a bit more simple than it is in practice, but this is the basic mechanism.

So, the first step of making a bentroof yurt, is building a steam box and making jigs for the wooden bits to be bent on. Getting some helpers might help…well, my helpers helped. Alot. 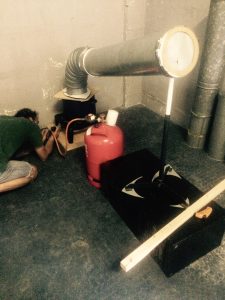 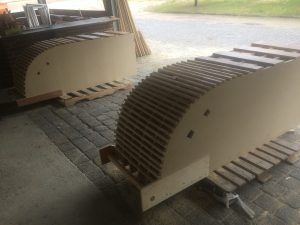 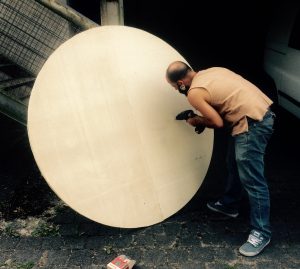 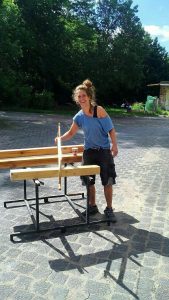 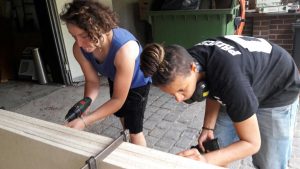 Then, for the walls, cut and shape a many thinner ash blankd, steam them, bend them, drill them, sand them, oil them… 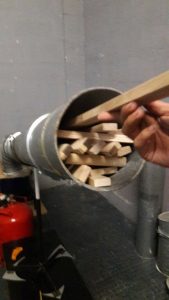 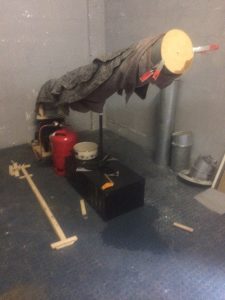 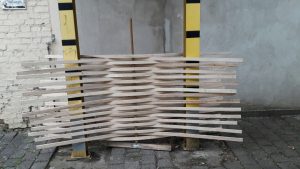 …and if you are still looking for what to do…knot them…, looks easy, but first time I didn’t end up with bleeding blisters, not sure what was different this time. 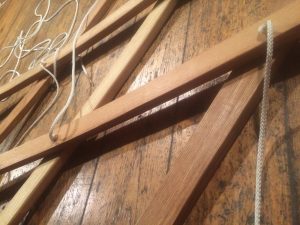 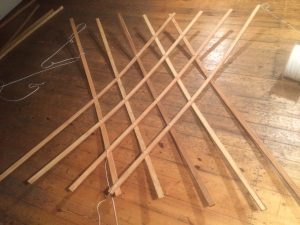 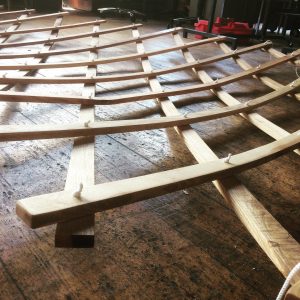 The roof rafters need to be much thicker than the walls, and thinned down both ends, the bottom to be able to bend it without breaking, the other end to go into the wheel, but for the final shaping of the tops we waited until they were already bent. 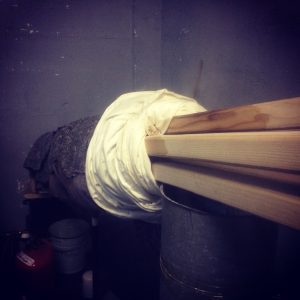 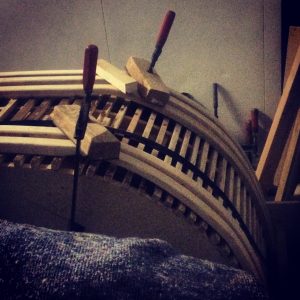 The wheel is a chapter in itself, and in a short post only worth a few pictures, not too many words, but it involves STRONG GLUE AND MANY CLAMPS, at least the way we are making it. 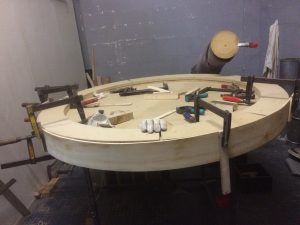 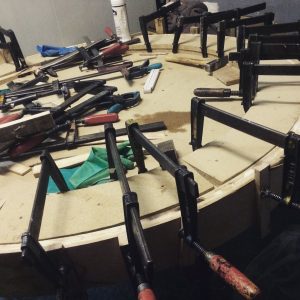 Burning it is fun, even though I almost ended up poisoned with smoke. 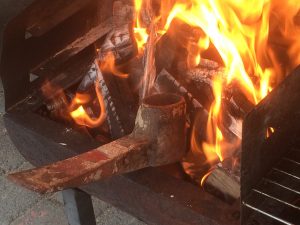 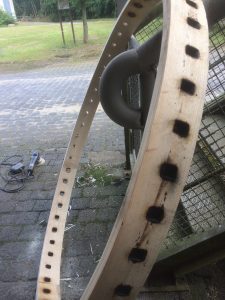 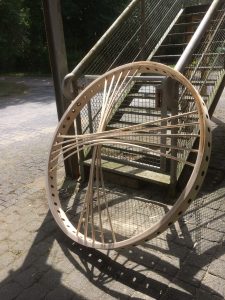 The wooden door was luckily made not by me, but, as the tradition wants it, by somebody else, even though I assisted and learned alot about doors in the process…but really on my own without some advise I would have messed that one up. And I would probably not attempt anymore to put a locking door into a yurt, as the door frame is simply not quite fix, and there are other ways to close doors, which can handle that intrinsic flexibility better…

But hey, yes it was tricky, but its working, and maybe one could call it – beautiful… 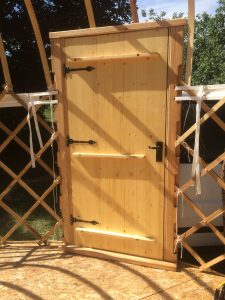 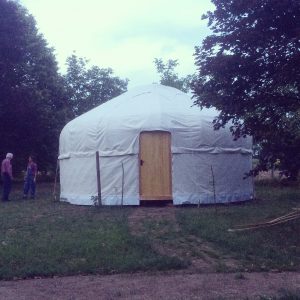 …and have done so to all over Europe (first and foremost the UK, Ireland, Germany, France, Austria, Portugal, Italy, Spain, Greece, Czech Republic, Switzerland, Sweden, Norway), and aswell to the United States, Canada, Japan, New Zealand, Australia, South Korea and more. Shipping costs for all the destinations above are set and calculated during checkout. If you are ordering from a country where no shipping scheme is set, please get in touch, we will get it set up.

And we can receive payments in all the most common currencies, too!

We have been accepting payments in GBP and EUR all along, but as time goes by and multi-currency accounts became available, we can now offer to accept also USD/NOK/JPY/CHF/SEK/CZK/CAD/AUD/NZD at current interbank exchange rates (only for payments via bank transfer). That can save you quite some money that quietly flows away when banks or paypal are offering bad exchange rates. Please contact us directly by mail or phone to make use of this option. The little converter helps you show what you will pay when ordering today.